I have been to Vegas more times than I’d like to admit and quite frankly I convinced myself I had no need to ever return. Once Vegas has thoroughly gotten the best of you it’s really hard to justify going back. I had seen and done more than I probably should have. But alas, The Fella asked and per usual I found it hard to turn him down. And as it turns out, I once again had a smashingly good time. The one saving grace of Vegas is that minus the 3-day hangover, no two trips are ever quite the same. This particular trip involved spending 4 days straight in exceptionally close proximity to The Fella’s friends and I found that they really are a good time. Despite most of the guys leaving Vegas in the negative, there was very little, if any, drama and I’m still giddy from the hilarity of it all.

Here are a few highlights: 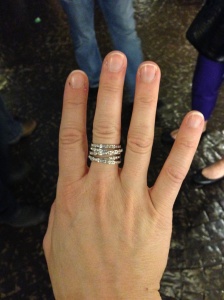 And here are a few lowlights:

All things aside, it’s the company that makes the trip and I had a wonderful time. I’d still like to keep my dignity so I’ll leave it at that. We even discussed potential future trips, to anywhere other than Vegas!

And finally, check out the wonderful view from our friend’s hotel in the Cosmopolitan. If you can swing that kind of money, go for it! 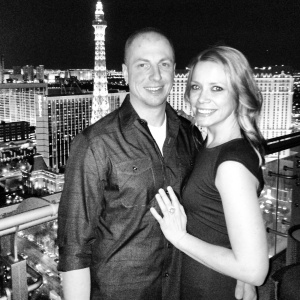